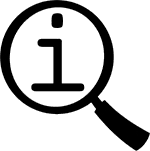 QI, which stands for Quite Interesting, is a British panel-style quiz show, hosted by Stephen Fry and featuring regular "guest" Alan Davies. In each episode, four panellists (including permanent contestant Alan Davies) are asked a series of difficult or obscure questions, to which a completely correct answer is unlikely. Instead, points are awarded for answers which are interesting or which get at the general answer to the question. Points (usually 10 points) are deducted for answers which have been predicted ahead of time by the writers ('forfeits'); when this occurs, an alarm will sound, the studio lights will flash, and the incorrect answer will appear either on the screens or on a pre-printed card (or both; this depends on the series). These answers are usually either common misconceptions (e.g. "kilogram" in response to the question "What is the unit of measurement for weight?") or joke answers.

The show is produced by the BBC and was created by John Lloyd. In Britain, episodes have aired on BBC One, BBC Two, BBC Four and Dave (which airs solely reruns). It began in 2003 and has continued through to the present; the M Series has been recorded but not aired yet (as of June 2015). Series are assigned letters of the alphabet; each question in an episode will either have a theme relating to the series' letter, or be part of an episode's overlying theme (and the theme begins with the series' letter).

Quite Interesting Limited is the company which does research for QI, along with other media based on the show. QI has spawned various books (e.g. The Book of General Ignorance), international shows (e.g. Intresseklubben) and columns in The Daily Telegraph.

Internationally, QI is broadcast in the US (on BBC America), Australia, New Zealand, South American and countries where BBC Entertainment is available.

Retrieved from "https://qi.fandom.com/wiki/QI?oldid=3880"
Community content is available under CC-BY-SA unless otherwise noted.